Kajol is out, promoting her upcoming film Helicopter Eela and is having fun while at it. While the trailer of the movie was launched on Kajol’s birthday, it has been more than rewarding to see her in all her elements during her recent media appearances. If you’re not in the know, the actress will be portraying the character of a single parent in the movie which has been directed by Pradeep Sarkar, who last helmed Rani Mukerji’s 2014 release Mardaani. The plot of the movie revolves around her bond with her son and the drama has been produced by Kajol’s husband Ajay Devgn along with Jayantilal Gada. 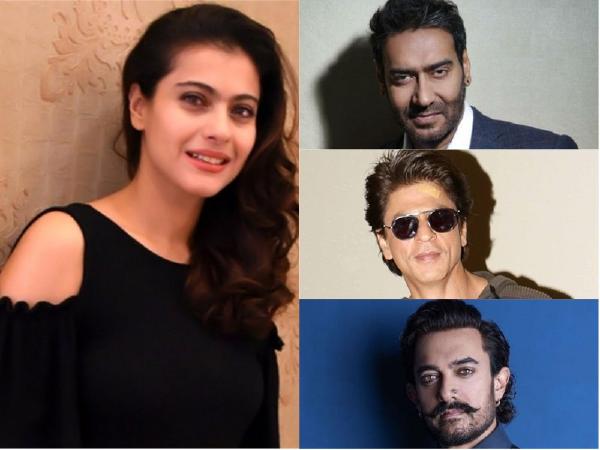 And it wouldn’t be wrong to say that fans, including us, are excited to relive the magic of Kajol who is never not entertaining. But you know the best part? Kajol is fun and quirky even off-reel. In fact, she recently visited the sets of India’s Best Dramebaaz and said something that only proves the above-mentioned line. According to DNA, she was asked if she got a chance to go back to college, whom would she want as her classmates. And if you haven’t guessed it already she named Ajay Devgn and Shah Rukh Khan. She said, “Both of them would be backbenchers like me and together, we will do a lot of masti.”

Not just that. She also revealed the one star she would not like in her class. And it was Aamir Khan. “He will be the teacher’s pet. And, if I do any mischief, he will complain about me,” she added. Well, we kinda sorta give that to her. Helicopter Eela will release on 14th Sept 2018 and will clash with Shahid Kapoor’s Batti Gul Meter Chalu.

Preity Zinta Was Involved With 6 Famous Personalities Before She Got...

Bigg Boss 12: Vaar Of Nomination Left No One Out Of...

Exclusive! Kapil Sharma to return to TV but conditions applied!

Manmarziyan: Here’s how Vicky Kaushal prepped for the impulsive character of...