If you haven’t noticed it already, Arjun Kapoor has taken home the award for the best bhai this year. And we say this without any limerick. The way he has come together for the entire family after Sridevi’s death, especially for his sisters is commendable. And we are not just talking about Anshula but Janhvi and Khushi too who truly needed a brother then. He even went out of his way to show support to Janhvi right before her debut film Dhadak and honestly, that had us rooting for him.

In fact, just when we thought he couldn’t do any better, he has gone ahead and left our expectations behind by miles. Especially since it’s almost Rakhi (it’s tomorrow, guys!), we feel there couldn’t have been a better time for the “Sista luv” that has taken over Arjun’s Instagram. He started with Sonam, then Janhvi (and her ramp debut) and then ended it with Khushi and Anshula. He even gave a shoutout to Rhea and Shanaya. See for yourself. 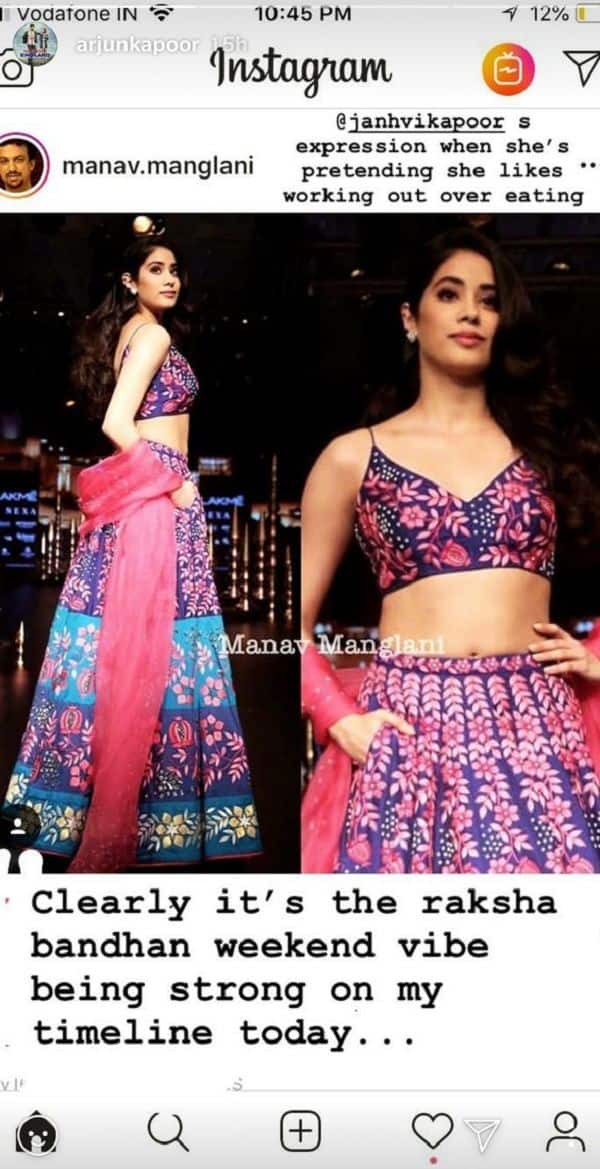 If you have missed it, again, Arjun’s post for Khushi and Anshula was a pleasant reminder to all the Kapoor clan that two new fashionistas have arrived. He wrote, “The real showstoppers !!! Umm pls move aside @sonamkapoor @rheakapoor @harshvardhankapoor @janhvikapoor @mohitmarwah @shanayakapoor02 our family has 2 new fashion rebels in town !!! P.S – I’m jealous & proud of the quick double change !!!” Arjun also used some quirky hashtags like ‘#kapoorsgotspeedandswag’, ‘#changingatlighteningspeed’, ‘#fashionkajalwa’ in the post.” See what he did there? How cute!

While SRK Kept His Fans Entertaining, A Sandstorm Hits Kuwait While...

IPL 2018: Ranveer, Parineeti, Varun and Jacqueline to turn up the...

Neha Dhupia was scared of dating actors, Before she hitched to...

Salman Khan is sticking to the blockbuster formula for Race 3…