Anushka Sharma and Virat Kohli have been our IT couple, before it was even a thing. While the duo never really engaged in painting the town red with their PDA — apart from a few mushy posts by Virat — it was their secret, romantic Italian wedding (and their beautiful faces that beamed with love) that turned them into absolute #GOALS. And honestly, there has been no looking back since. In fact, they hand out relationship guides whenever they step out and we’re not complaining. In fact, Anushka has gone ahead and given us more reasons to gush even whilst promoting her film, Sui Dhaaga.

That’s right. Anushka who is sharing the screen-space with Varun Dhawan for the first time in Sui Dhaaga is going out and about to market the film. But even then, being miles apart from the husband, she has managed to tug at our heartstrings and we are betting his too. It all happened during a round of interviews that Anushka and Varun attended for Film Companion. And while the interaction, Varun was asked if he is a cricket fan and pat came a reply, “Yes, I am but I control myself… Anushka.. yaar aaj toh baat kara do.. I am never going to do that.” 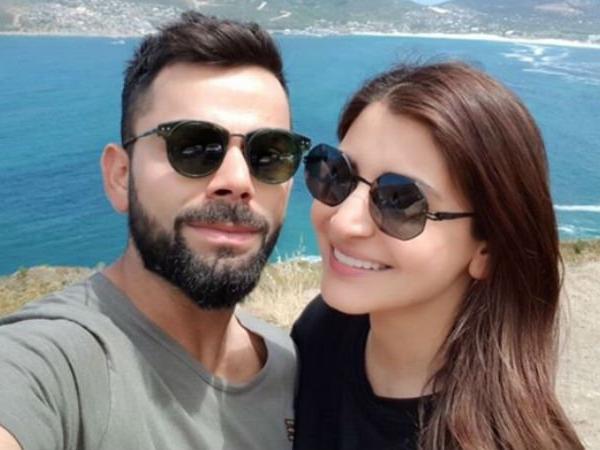 However, our favourite part is when the host said that Anushka is married to the greatest batsman alive and the actress promptly replied, “I am married to the greatest man in the world.” In fact, earlier when the Sui Dhaaga pair was in Jaipur, the students started chanting Virat Kohli’s name. And Anushka who was evidently blushing replied saying, “Jee haan haan.. Sabko unse prem hai, Mujhe bhi hai. Sabko unki yaad aa rahi hai, mujhe bhi aa rahi hai. (Yes, everyone loves him, I also love him. Everyone is missing him, I am missing him too.”)

Met Gala 2018 after party: Deepika Padukone repeats an outfit she...

[All pics and videos] Priyanka Chopra caught dancing on the streets...