Ranveer Singh-Deepika Padukone-Shahid Kapoor starrer Padmaavat is finally getting its credit as the film is receiving good response from critics and mass alike. 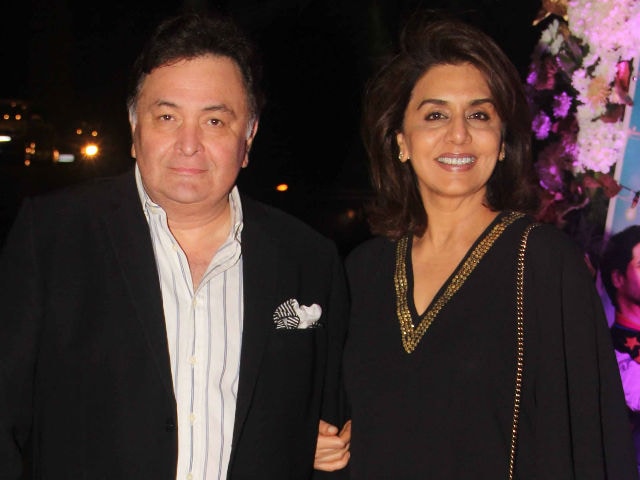 Bollywood celebs have also given SLB’s period drama thumbs up. Just like other B-Townies, Neetu and Rishi Kapoor, also watched the film at the screening held at Yash Raj Studios, two days back and they looked mighty impressed with the magnum opus. And Dippy’s ex-boyfriend’s parents were so happy with the film, that they couldn’t help but do something special for the actress.

Well, Rishi and Neetu Kapoor sent a bouquet of flowers to Deepika Padukone’s, the very next day. The note with the bouquet read, “Excellent work!!! Very proud of you. Love Neetu & Rishi Kapoor.”

An excited and pleased Deepika posted the picture of the lovely bouquet to thank Ranbir’s parents for the super cute gesture. She put out a post on Instagram with the caption, “it was so lovely seeing both of you yesterday…Thank You for all the love & appreciation! @neetu54 #RishiKapoor.”

Alia Bhatt and Ranbir Kapoor were also snapped at the screening of the film, along with Varun Dhawan and Sonakshi Sinha.

Meanwhile, yesterday we told you that Ranveer Singh took time off from his 24-hour long non-stop shooting schedule to meet his favorite directors- Rohit Shetty and Rajkumar Hirani at the same screening.

“Ranveer had a 24-hour long shooting schedule yesterday. He shot for 12 hours straight for Gully Boy and then had to shoot 12 hours straight for an endorsement. Ranveer realized that there was a private screening where his Simmba director Rohit Shetty was seeing the film. One of his favorite directors Raju Hirani was also there. He didn’t want to miss meeting them. So during his dinner break, he rushed to the screening at Yash Raj to meet them and came back straightaway,” a source told.

Talking about the performance of the magnum opus on Day 1, well, Padmaavat started off on a high note despite controversies and tight security at theatres and collected Rs 19 crore.

Sara Khan’s sister Arya to be a part of Kasautii Zindagii...

Rs 7 crore! Is that the price paid for Arjun Reddy...

Mallika Sherawat stuns everyone with her dazzling Yolancris outfit in Cannes...

Krystle D’Souza is a vision in this wine coloured gown –...