Stree actress Flora Saini was brutally beaten and harassed by her then boyfriend and producer Gaurang Doshi in 2007. The matter couldn t get momentum that time, however, with the ongoing #MeToo movement, the actress revisited the tale and this time it was different. While, the producer has been tight lipped about the entire incident, in an article on October 12, in a daily, Gaurang Doshi, stated that he has been acquitted from all the charges leveled against him. The latest update that we ve heard is that Saini has decided to take the matters the legal way.

Flora, said, He is lying out and clear. He was never acquitted. Just that since I filed a domestic violence case against him and I wasn t his wife, the case was not applicable. I m also upset with the media house for not taking my side of the story. I m speaking openly about it. So now I m planning to take it the legal way. I m fighting this for my honour. Media and social media has helped me so much. Truth should prevail and he should not be trusted.

The notice demands written apology from Gaurang and a Corrigendum to the news.

Here s what the notice states 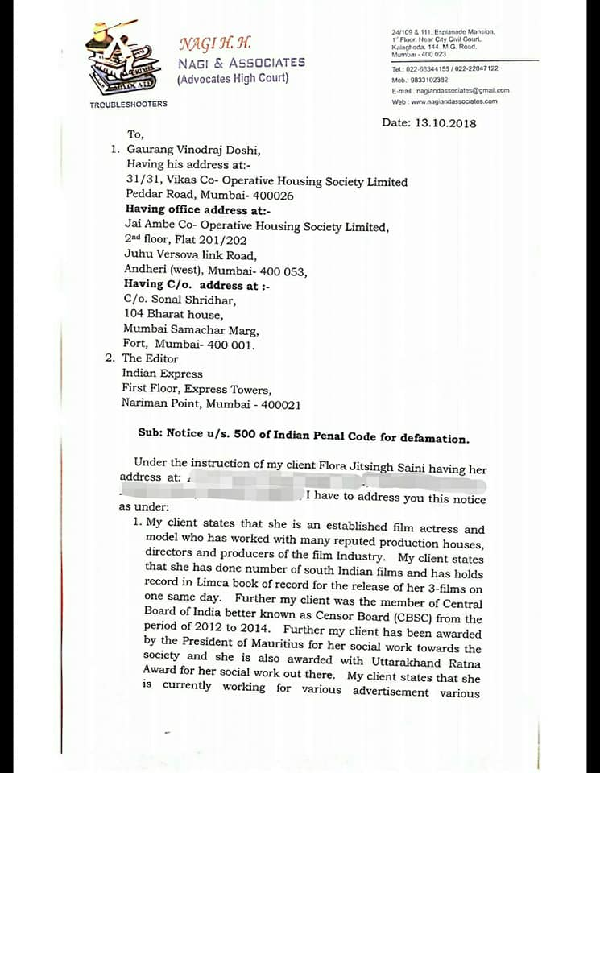 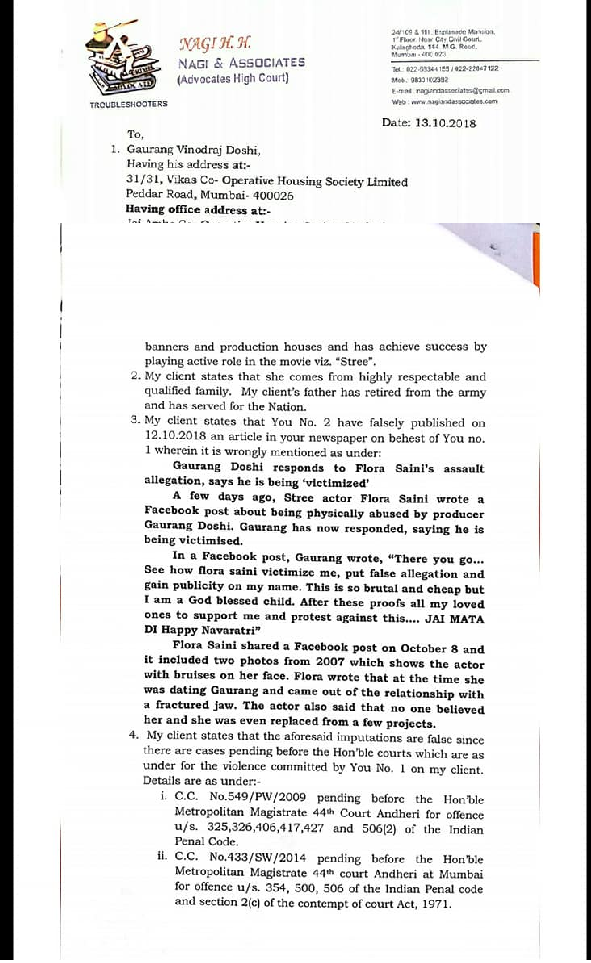 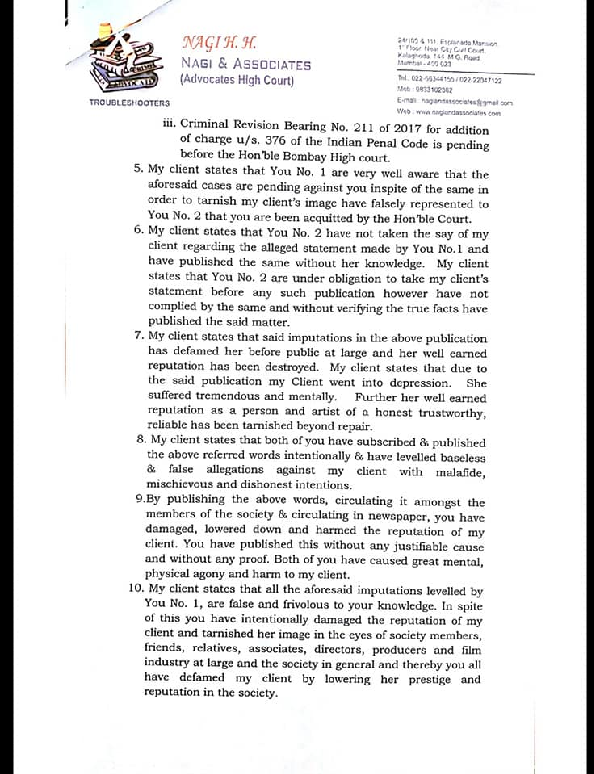 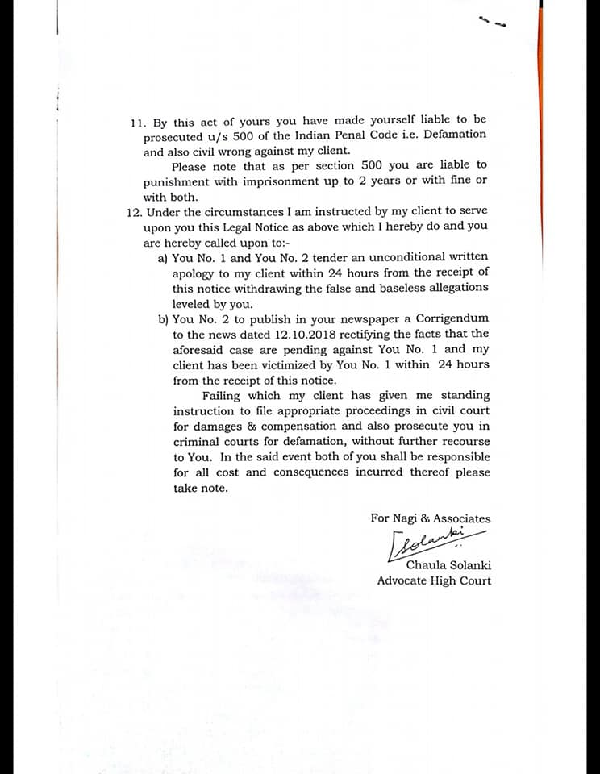 Flora further added, that if in case Gaurang and the publication fails to her demands, she will go ahead to file a defamation case against the two.

Oh no! Alia Bhatt injured on the sets of Brahmastra in...

Katrina Kaif is a perfect fit for the desi remake of...

From secretly attending her birthday to following her on Instagram, Janhvi...