Sonam Kapoor’s wedding updates are everywhere on the internet. From Jacqueline Fernandez to Kareena Kapoor Khan and Rani Mukerji, several B-Town celebs attended her wedding ceremony in their fashionable best. From Manish Malhotra to Anita Dongre, every diva picked her favorite fashion designer and nailed her traditional outing like never before. But guess Jacqueline wasn’t aware that her attire was earlier worn by the bride herself. 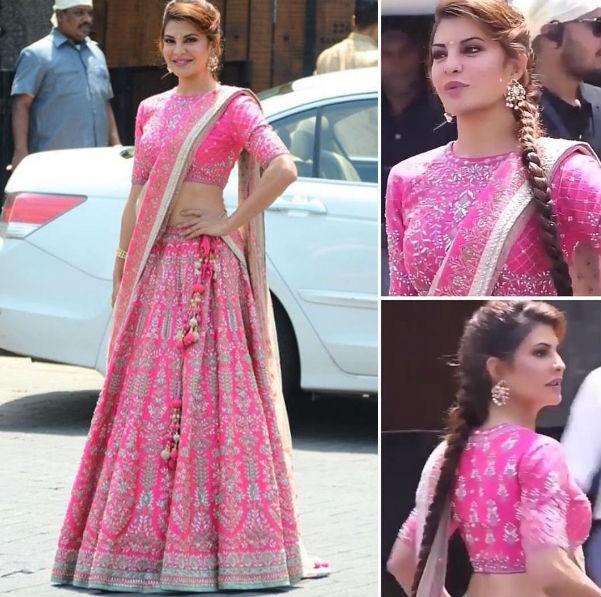 Yes, the pink lehenga that Jackie picked for Sonam’s Sikh wedding in the afternoon was earlier worn by the bride for one of her photoshoots. It was in August 2017 when Sonam shot for Harper’s Bazaar Bride issue wearing the same Anita Dongre creation for one of her pictures. We wonder if Jackie was unaware of this factor she simply wanted to make the day extra special for Sonam. Taapsee Pannu has found the love of her life, see who...

Want to know how Aishwarya used to look when she was...

Rajeev Khandelwal to play a prank on Bharti Singh, to faint...

Priyanka Kick-Starts The Sky Is Pink Shoot In London, Shares The...

5 pictures where Aashka Goradia-Brent Goble teach us how to kiss...