Finance Minister Arun Jaitley will present the 2018 union budget, where the Government is expected to try to woo rural voters and small businesses as the country heads to a season of elections. The entertainment industry too has some expectations from the budget, as they want the high taxes gone from the industry and want it to be ‘tax-free’.

Expressing her thoughts on the budget as an actor, actress Kajol said, “I ideally want the entertainment industry to be completely tax-free. But since that is not going to happen, I will leave this up to the government to do as they see best.” Bollywood actress Richa Chaddha also supports the ‘tax-free’ comment and said that she is worried about the country’s economy going down.

“As an actor, I want to say that as of now the entertainment tax is too high. People like me pay 33 percent tax and 15 percent GST, so I want something in return too. Amenities like Education, Electricity, Water, and Health should be free. We can’t really be free at the time, we don’t give these basic amenities to everyone in that nation.” She also said that such high taxes in the industry is killing cinema and it needs to be modified.

Meanwhile, ace choreographer Terrence Lewis said that making entertainment industry ‘tax-free’ is not the right choice. “Entertainment industry is not a social service. We are doing for our own personal agenda. So, yes, taxes can be reduced but not fully diminished.”
This will be the last full-fledged budget of the Narendra Modi-led government and the first post the rollout of the Goods and Services Tax (GST).
Finance minister Arun Jaitley presents Union Budget 2018 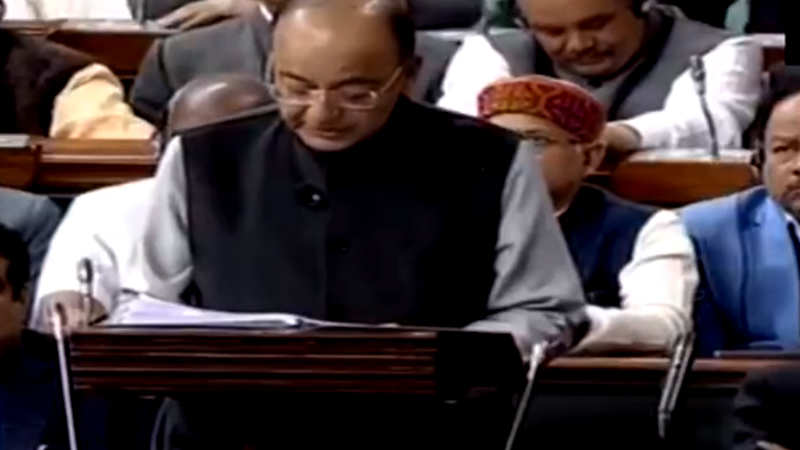 Fashion face-off: Whose ethnic outings do you like better – Janhvi...

When Divyanka Tripathi was suffering from heartbreak, Vivek Dahiya changed her...

Aishwarya Chooses To Star In Anurag Kashyap’s Film Instead Of Sanjay...

[Inside pics] Kiara Advani, Manisha Koirala, Karan Johar get together to...