Salman Khan’s Bigg Boss 12 is all set to go on air from next month. Generally, the show begins late October and wraps up by January, however, this year it is coming early and we can’t keep calm. The closer the premiere date, more scoops about the show are doing the rounds on social media pages. Last week, we told you how the show will not just include pairs, but also singles. This week, there’s a new dope. And it will make you more excited for this season of the most controversial show of television. According to the reports of an entertainment portal, this year, unlike earlier seasons, Salman won’t be interacting with the contestants through the TV screen. It will be something unique this season. Reports suggest that just like the promo that created a huge buzz, Salman will be made to sit in a classroom and the screen will look like a blackboard, through which he will interact with the inmates. This indeed sounds interesting. We have seen how Salman guides the contestants throughout the show and with this twist, ‘weekend ka vaar’ seems more fun this time. 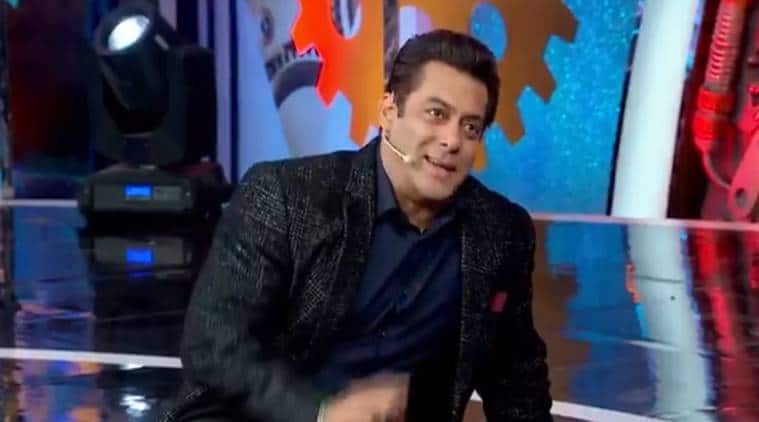 Meanwhile, the upcoming promos of the show will see Salman’s improvisations. Commenting on it, a source revealed, “Salman Khan always adds his magic touch whenever we shoot with him. From the time he enters the set, the energy on the sets is high and the entire unit gets motivated to give their best. This time too, he added his own charm to the sequences, making it truly entertaining and engaging.”

Special pictures from Sonam Kapoor’s marriage that showcases the moods of...

Sargun Mehta and Ravi Dubey reunite for a project, but it’s...

Like bestie Meghan Markle, Priyanka Chopra, too, loves this hue of...

Priyanka Chopra seems to be a great boss and her employees...

Back in India, Taimur ‘swings’ back to his normal routine and...