Director Ali Abbas Zafar is the talk of the B’town from the day he announced on his Twitter account that Priyanka Chopra walked out of his upcoming project Bharat which also stars Salman Khan and this news left the fans baffled. He said that he is really happy for her friend wherever she is in life professionally and personally.

On July 26, Ali mentioned the reason for which Priyanka has left by saying the reason was “very special” and she informed in the “Nick of time about her decision”, which led to speculation about Quantico star’s engagement with her alleged bf Nick Jonas.

Yes Priyanka Chopra is no more part of @Bharat_TheFilm & and the reason is very very special , she told us in the Nick of time about her decision and we are very happy for her … Team Bharat wishes @priyankachopra loads of love & happiness for life 😊😉😍

Ali’s tweet “Nick of time ” left everyone surprised and this leads to Ali being questioned by the leading dailies. When Ali was asked about the same, he told  IANS over the phone from Mumbai: “I am going to reserve my comment. I am just going to say that what I said was what I meant, and I am very happy for Priyanka wherever she is in life right now professionally and personally”.

He also replied on Priyanka’s bagging her next Hollywood project alongside Chris Patt, “All my heart goes to her because she has been a good friend since a really long time and we get along really well. I would say that I wish all the happiness and love. Hopefully, I am going to see her soon”.

Just after two days of Priyanka’s exit from the movie, Salman Khan announced Katrina Kaif’s onboard on the movie. He signed the film on such a short notice as she shares a good friendship with the makers of Bharat. Ali even told a leading daily that it’s his decision to approach Katrina and Salman has nothing to do with it. Ali said, “They are lovely together. The film is also very emotional and the characters are very rooted, simple and relatable. We hope that when the film comes out, people react positively to that”.

“There’s always an expectation when a pair which has worked with the audience earlier comes back in front of the audience. I have fortunately been very lucky with ‘Sultan’ and ‘Tiger Zinda Hai’ that both collaborations worked really well at the box office and people really liked the films. Now with this film, the expectation is going to be high,” he said, adding: “I hope we stand up to the expectations”. 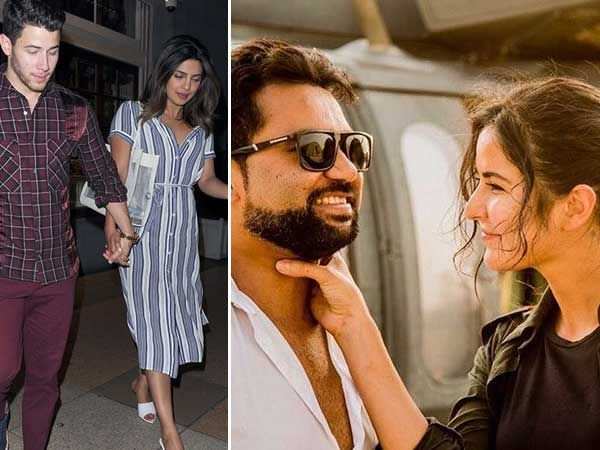 About the film Bharat Zafar said, “You will see a lot of songs. It is a musical. You will see action, emotions, and comedy. It is a mix of all. It is a journey of a man and the nation together… And hopefully when it comes out, people are going to react emotionally, and entertainment-wise it is going to make them ecstatic”.

Sumeet Vyas pretends to be doped while he delivers some iconic...

4 Times Shahrukh and Salman did cameo in each others’ films

After Heading To England, Virushka Seen Walking Hand-In-Hand On The Streets...